3 Short Squeeze Penny Stocks To Buy For Under $5

Looking For A Short Squeeze? Start With This Strategy

Are you looking for penny stocks to buy right now? How about short-squeeze stocks to watch? If you answer yes to both, there’s a strategy to help build a watch list, beginning with data. We discuss alternative data daily on PennyStocks.com. Whether using options flow to determine sentiment or insider trading to monitor the outlook from leadership’s perspective, there’s more to research than simply focusing on the latest earnings report or company press release.

Thanks to the 2022 stock market sell-off, not only are plenty of penny stocks beaten down but there are also big bets against them in the form of short selling. If you’re unfamiliar with the process of shorting, it involves borrowing shares, selling them, repurchasing them later, and then returning them to the broker. Profit is made from the spread between the higher price they were sold at and the lower price they were repurchased at. No matter what, it’s about borrowing and returning shares, no matter the price of the stock.

This is where short squeezes can happen, and those selling short take a loss. Instead of the share price dropping, it increases. The short seller still needs to return their loan; in this case, they take a loss when they pay a higher price for the shares they borrowed.

The additional buying from shorts covering on top of an already bullish trend can amplify an already aggressive move. Companies like AMC Entertainment (NYSE: AMC), GameStop (NYSE: GME), and plenty of others have brought awareness to what can happen during a short squeeze. 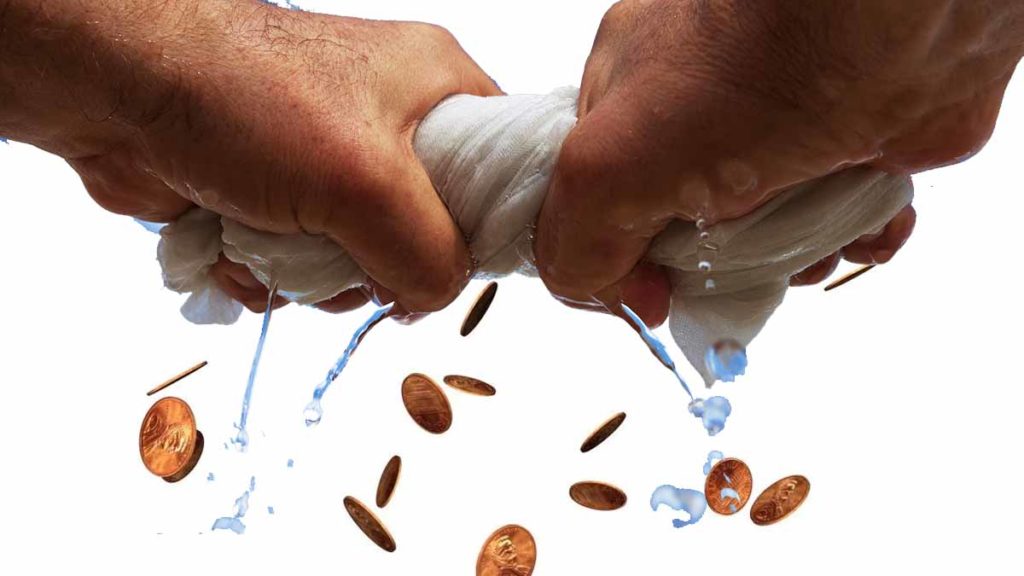 Shares of Digital Brand Group have also been in the sights of short sellers. One of the contributing factors came when it approved a reverse stock split to meet NASDAQ minimum bid requirements. Since the penny stock was trading below $1 per share for some time, it was necessary to either de-list or reverse the stock to regain compliance.

Now, post-reverse, Digital Brands Group has experienced some volatility. But the last week has been more bullish than bearish. The penny stock jumped from under $3.30 to over $4.20 on the back of its latest earnings results. For the third quarter, Digital Brands recorded a revenue increase of 58% compared to Q3 of 2021.

Meanwhile, gross margins slightly declined from 55.9% to 48.3% due to accounting factors and specific costs. Hil Davis explained in a November update that “We have experienced strong results and consumer trends since we launched this multi-brand site. We believe this shows the power of our initial vision and business model and sets a strong foundation to which we can add additional brands, like Sundry, as we bring them into our portfolio.”

Is DBGI a short-squeeze penny stock to watch? There are conflicting figures regarding the DBGI short float. As of today, TDAmeritrade shows a short interest of 702.93%. Fintel.IO has this figure sitting around 339%. Meanwhile, Yahoo Finance has the figure pegged at 6.18%.

When it comes to meme stocks and short squeeze stocks, Bed Bath & Beyond is no stranger to either. The home goods retailer saw its share price explode during the summer as a mix of speculation, higher short interest, and overwhelming euphoria ignited a retail-market-fueled rally to highs of $30. Once the dust settled and clarity was brought to light regarding the source of speculation, BBBY stock imploded, and here it is, trading just shy of its recent 52-week lows.

November has been a month where Bed Bath & Beyond has worked to streamline its books. It shed over $120 million in debt via a share swap. The company also announced new management appointments, including a new CTO and CMO. While the company works to rebuild heading into 2023, investors have taken out bearish bets against it. As of this article, TD Ameritrade’s short float percentage on BBBY stock is around 36%.

Like BBBY, FuboTV stock gained the meme stock stamp earlier this year. The sports-centric live-streaming tech company experienced a big move earlier this year that took FUBO stock to highs of more than $8. Since then, a cooling market for streaming services has added some pessimism to related names, especially the smaller ones. This is where we can see FUBO stock slipped during the third and fourth quarters.

He said there could be a shift in the ranking of objectives for FuboTV management to support the best value opportunities. Q4 subscriptions are also expected to improve due to the sports season. Goss also suggested that Fubo’s ad ARPU did well compared to the second quarter with the addition of political advertising spending.

Should FUBO stock be on the list of short squeeze names? Most outlets have the FUBO stock short float percentage between 25% and 26%.

List of Penny Stocks To Watch With High Short Interest

Fathom Events Announces Release of LEFT BEHIND: RISE OF THE ANTICHRIST