Sign In to See
#Alzheimer
#Stocks To Watch
#Third-Party Article

Why Are Alzheimer’s Stocks Up Today? 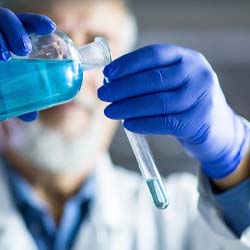 This article discusses a handful of penny stocks with exposure to potential Alzheimer’s disease treatments. The bullish sympathy trend has come to light following late-breaking news on Tuesday that Biogen (NASDAQ: BIIB) and Eisai Co.’s experimental Alzheimer’s drug significantly slowed the progression of the disease in a large study. The 18-month, Phase 3 study of 1,800 patients tested the treatment on early-stage Alzheimer’s patients.

“Today’s announcement gives patients, and their families hope that lecanemab if approved, can potentially slow the progression of Alzheimer’s disease, and provide a clinically meaningful impact on cognition and function,” said Biogen Chief Executive Michel Vounatsos in a September update. Following the news, myriad analysts have turned aggressively bullish on the healthcare stock. RBC lifted its price target to $321 from $251, Wedbush boosted its $183 target to $217, and Baird raised its $224 target to $320, among other firms.

Thanks to favorable data, this jump in BIIB stock has prompted traders to focus on other companies with exposure to R&D for potential Alzheimer’s treatments. While these aren’t the only penny stocks with candidates, they are a handful of some of the most popular names in the stock market today. 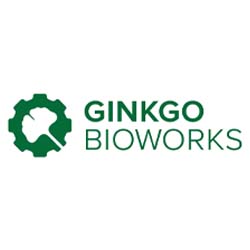 With Biogen in the news today, Ginkgo Bioworks has found some momentum. The reason has much to do with the company’s deal with Biogen. The two announced a gene therapy collaboration. They plan to redefine the industry standard for manufacturing recombinant adeno-associated virus (AAV)-based vectors.

“We believe that Ginkgo’s unique combination of cell programming expertise, proprietary tools, and knowledge of biological systems make them an ideal collaboration partner to explore a large number of design ideas with the goal of optimizing constructs,” said Alphonse Galdes, Ph.D.. He is Head of Pharmaceutical Operations and Technology at Biogen and made that statement in a 2022 update.

Shares of Neurosense caught some early momentum in the stock market today following the Biogen Alzheimer’s news. The company published positive study results from its PrimeC for treating amyotrophic lateral sclerosis (ALS). These data are expected to be presented along with its current Phase 2b PARADIGM study. They will assist NeuroSense in designing a Phase 3 trial with the FDA.

While this headline may have attracted some attention, the sympathy sentiment from Alzheimer’s stocks has taken a leading role. When it comes to NeuroSense, PrimeC isn’t the only pipeline candidate. Using PrimeC as the foundation, NeuroSense’s CogniC is being developed as a potential Alzheimer’s disease treatment candidate with plans for clinical phases.

As part of the original deal, Ginkgo received $5 million upfront. It is also eligible for up to $115 million in potential research, development, and commercial milestones.

In addition, President Joe Biden recently tapped Ginkgo Bioworks’ Renee Wegrzyn to take the lead on the recently-established Advanced Research Projects Agency for Health (ARPA-H). The White House announced that ARPA-H focuses on healthcare challenges that range from “the molecular to the societal” levels to tackle multiple diseases. These diseases include Alzheimer’s, diabetes, and cancer. 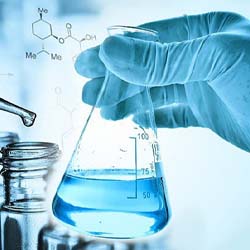 One of the forerunners for lower-priced Alzheimer’s stocks today is Acument Pharmaceuticals. It was a penny stock as of Tuesday’s closing bell but has since exploded above $5. The company has been in focus since early summer thanks to the progress it had made meaningful progress in its clinical development pipeline.

What could have ABOS stock in focus right now is Acumen’s Alzheimer’s candidate, ACU193, which is being advanced in its Phase 1 trial, INTERCEPT-AD. In its last earnings update, Acumen highlighted continued momentum in its pipeline.

CEO Daniel O’Connell explained, “We continue to make progress advancing INTERCEPT-AD, our Phase 1 clinical trial investigating the safety, tolerability, pharmacokinetics and target engagement of ACU193 in patients with early AD. We remain on track to report topline results in the first half of 2023…Importantly, based on our current plans, we expect our existing cash, cash equivalents and marketable securities to be sufficient to fund our operating expenses and capital expenditure requirements through 2025.”

Shares of Alzamend Neuro spiked higher on Wednesday in line with the rest of the sympathy-based trades in Alzheimer’s stocks. The company has developed a platform targeting treating multiple disorders, including bipolar disorder, MDD, PTSD, and Alzheimer’s disease. Its AL-002 is a cell-based therapy that aims to restore a patient’s immune system to combat Alzheimer’s disease.

The company also has its AL-001 currently in Phase 2 trials for treating dementia related to Alzheimer’s. Topline data is expected in December. Alzamend received a positive pre-IND response from the FDA earlier this year for AL001. It was in bipolar disorder, Major Depressive Disorder, and Post-Traumatic Stress Disorder.

Earlier this year, in a Phase 1 bioavailability comparison of AL001 to lithium carbonate, AL001 showed the ability to offer dose-normalized bioequivalent plasma pharmacokinetics. Alzamend has also explained the plan to conduct additional studies to further expand the data. Following the results, Stephan Jackman, Chief Executive Officer of Alzamend, said, “We are one step closer to substantiating that AL001 can potentially provide clinicians with a major improvement over current lithium-based treatments and may constitute a means of treating over 40 million Americans suffering from Alzheimer’s, bipolar disorder, MDD, and PTSD.”

If you’re new to trading penny stocks, sympathy sentiment might be something that you’re just beginning to learn about. In many cases, it can be a strong catalyst in the short term. However, longer-term trends tend to depend less on sympathy and more on individual company fundamentals. The Biogen Alzheimer’s news has helped boost some of the beaten-down healthcare stocks to watch today.

EISAI INITIATES BLA SUBMISSION OF DATA FOR LECANEMAB IN CHINA