4 Penny Stocks To Watch After HKD Stock Explodes Over 2000%

We’ve seen some wild things in the stock market and today – really this week – is no different. Shares of small-cap company AMTD Digital (NYSE: HKD) captivated traders’ attention with one of the most epic rallies this summer. The Asian digital solution provider saw its shares explode as it made its public debut. With an IPO priced at $7 and an IPO open at $13, HKD stock was already a top performer.

What has transpired over the last few days is nothing short of historic. Shares surged to highs of $254.50 (so far) this week, marking a move of over 2,000% since its public launch. One of the high points is that one of Hong Kong’s most notable billionaires is backing the company. Li Ka-shing, a significant influence in Asia’s financial markets, Parent AMTD Group was launched in 2003 by Hong Kong’s telco giant CK Hutchison, founded by billionaire Li Ka-shing. AMTD Digital was spun out in March.

Of course, overall market strength hasn’t hurt things. Though, as we’ve seen with small-cap stocks and penny stocks alike, the moves made tend to be disconnected from broad movements. HKD stock’s breakout seems to have been much more technical than some significant fundamental development. The massive move has caught the attention of the retail market, and now the hunt is on for the next multi-bagger penny stocks to buy.

If you’re looking for the best penny stocks to buy after HKD stock went over 20x, you’ve got your work cut out for you. This is not the norm and shouldn’t be expected from all penny stocks. Furthermore, the volatility profile in HKD stock right now is high. It wouldn’t be surprising to see shares jump around $100 at a time, believe it or not.

But if high volatility and high risk are your focus, there may be a few penny stocks to watch. This article looks at a few with some unusual volumes in the stock market today. 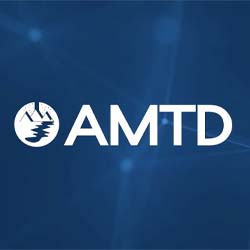 It would be unfitting to discuss HKD stock and not include AMTD Idea Group. The reason why involves the connection between the two. AMTD Idea Group is a subsidiary of AMTD Group Company Limited. According to AMTD Idea, it was expected to own 88.7% of the issued and outstanding shares and 99.4% of the total voting power in AMTD Digital following the IPO.

There’s a very different level in price. AMTD stock sits below $2 while HKD stock is over $200. It has caught some attention in the stock market today. In light of the connection, volatility from AMTD Digital could translate into that of AMTD Idea Group. In a generally direct sympathy play, things like this are essential to keep in mind. Considering AMTD stock is a penny stock, even the slightest change in price can equate to potentially significant percentage changes. 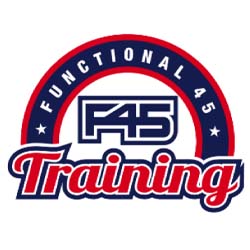 What some called “The Mark Wahlburg IPO,” F45 Training was highly anticipated for its spin on fitness. The Mark Wahlberg Investment Group and FOD Capital purchased a minority stake in F45 Training, thought to have been worth $450 million at the time. F45 IPOd last year and reached a high of $17.75 during its inaugural trading day. Fast-forward about a year, and FXLV stock hit fresh lows of $0.79 this week.

As the “fastest-growing fitness franchisor in the world,” according to Entrepreneur, F45 remains a high-profile name. As far as its share price is concerned, there’s still plenty to be desired. FXLV is attempting to recover and has bounced back considerably higher from those sun $1 lows. While there’s much more ground to make up to get back to its IPO price, the latest bull trend has brought some attention to the market.

In a strategic update this week, FX45 ripped the bandaid off and lowered its sales guidance for the year. One of the things that management emphasized, however, is that it is taking steps to readjust some things with its model. Chris Payne, CFO of F45, explained, “While we expect growth to continue, market dynamics are having a greater than expected impact on the ability of franchisees to obtain capital to develop new F45 locations. In addition, recent share price performance has made it challenging for franchisees to utilize financing facilities announced earlier this year. While reducing corporate headcount was an incredibly difficult decision, acting proactively to realign our resources is an important step to enable the Company to remain on track for long-term, sustainable success.” 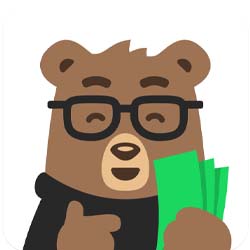 Earlier this week, we discussed Dave Inc. on a list of penny stocks to watch before August. In the article Best Penny Stocks To Buy? 4 To Watch After PGY Stock Explodes 790% speculation on upcoming earnings were identified as a potential catalyst. Dave reports Q2 results on August 11th, which could be a chance to regain some confidence from their investors.

The company’s Q1 results were a record-setting event with 24% year-over-year revenue growth. Margins, however, were tighter at 41% compared to 64% profit margin in the first quarter of 2021, along with a net loss of over $34 million compared to a gain in the prior year’s quarter.

Based on some action in the options market, some may have high hopes for DAVE earnings. The August 19th expiration $2.50 and $5 strike Calls have considerable open interest volume compared to the Puts side of the chain. More than 10,000 contracts sit Open between the two strike prices. While options activity isn’t a surefire sign of price action, it has been used to gauge sentiment. For more information on options, check out Trading Options 101: A Beginner’s Guide. 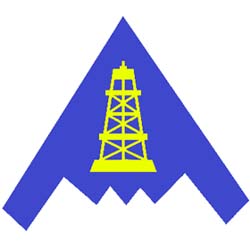 As oil and gas prices rise, so has an interest in related stocks. Imperial Petroleum is no stranger to industry-driven bullishness either. Earlier this year, shares of IMPP stock exploded from under $1 to highs of $9.70 on the back of higher commodities prices.

With Imperial, the company owns ships providing petroleum products and crude oil transportation services. A total of 8 tanker vessels are under its flag, equating to a total capacity of roughly 673,000 deadweight tons.

Since IMPP stock moves have stemmed from retail trading sentiment, keeping an eye on oil prices will likely be critical. On top of this, Imperial reported second-quarter results on Wednesday before the market opened. Fleet operational utilization was 82.5% in Q2, and revenues grew $6.2 million to $11.3 million. This was a 121.6% jump compared to Q1 of 2022.

CEO Harry Vafias also explained, “The repositioning of our two suezmax vessels deprived us from further revenue generation but most importantly undermined our profitability by an excess of $2 million; the benefits of this decision will appear in the third quarter. We are confident that the next quarter’s profitability will emulate the revenue increase resulting from the current market conditions.”