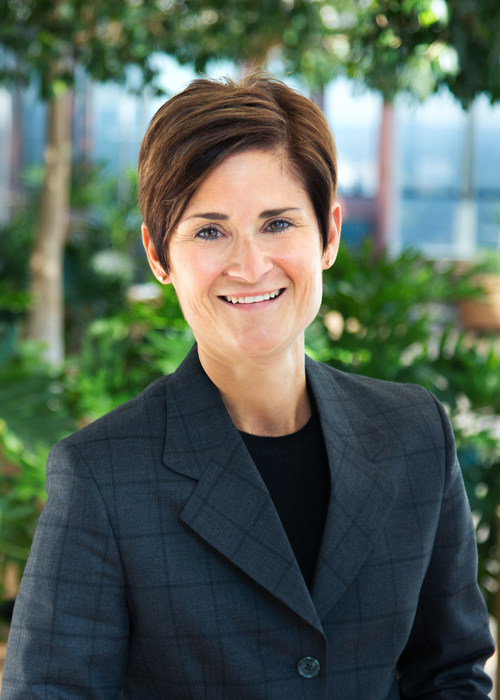 Nicholas K. Akins, chairman, president and chief executive officer, is stepping down as president as part of AEP's executive succession plan and will end his term as CEO Dec. 31. He will become executive chair of the AEP Board and will remain an executive and officer of the company. He has been president and CEO since 2011 and chairman since 2014.

"Julie is an exceptional leader who has successfully led key strategic areas for the company," Akins said. "Her financial expertise and positive relationship with investors have been essential for the execution of our long-term strategy, enabling us to deliver strong earnings quarter after quarter while continuing to raise guidance and provide consistent dividend growth. Her deep understanding of our business and industry, including her experience leading AEP Ohio and our regulatory team, will be critical as we continue to invest in new energy resources and grid enhancements that improve service and reliability, support a clean energy future and provide value to our customers, communities and investors.

"Julie's engaging leadership style also will continue to enhance AEP's culture. She is committed to the success of our employees, customers and the communities we serve and is passionate about fostering positive, mutually beneficial relationships inside and outside the company," Akins said.

"Nick has transformed AEP during the 11 years that he has led the company. His focus on innovation, technology, and modernization of the grid and AEP's generation fleet is enabling clean, reliable and resilient energy to fuel growth in the communities that AEP serves. He also has built an open, collaborative culture that embraces diversity, equity and inclusion," said Sara Martinez Tucker, lead director of AEP's Board.

"AEP is fortunate that Nick has focused on developing a group of strong and capable leaders to ensure the company's continued success. Julie has demonstrated exemplary leadership skills at every stage of her career, and we are confident in her ability to lead this team. During her time as CFO, she has improved the financial performance of the company, and she also enhanced the performance and culture of AEP Ohio during the transition to competitive markets. The Board is confident that she is the right person to lead AEP during this dynamic time for the industry and the company," Tucker said.

"This is a time of tremendous change and opportunity for AEP as we invest in new energy technologies and infrastructure to provide clean and reliable energy to our 5.5 million customers," Sloat said. "I'm honored to have the opportunity to lead an amazing team of nearly 17,000 employees and have seen first-hand their commitment to the communities we serve and ensuring our customers can count on us every day to power their lives and businesses. It's an exciting time to be in this industry and build on the 116-year legacy of AEP."

Sloat, 53, has been executive vice president and chief financial officer for AEP since January 2021 with responsibility for accounting and tax, treasury and risk, corporate planning and budgeting and investor relations. She was previously senior vice president, Treasury and Risk and led all elements of the treasury function including the cultivation of banker, investor and rating agency relationships to support the capital needs of the company. She also was responsible for the comprehensive management of the corporation's risk including operational, market, credit, insurance, enterprise risk management and business continuity.

Sloat also served as president and chief operating officer for AEP Ohio, an AEP operating company serving approximately 1.5 million customers in Ohio, where she had responsibility for distribution operations, customer and regulatory relationships and the financial performance of one of AEP's largest regulated subsidiaries.

In addition to her AEP career, Sloat was vice president of Corporate Finance and Investor Relations at Tween Brands and a bank debt underwriter and buy side equity analyst at Bank One (JP Morgan). She also worked for M&T Mortgage, a subsidiary of M&T Bank Corp.

American Electric Power, based in Columbus, Ohio, is powering a cleaner, brighter energy future for its customers and communities. AEP's approximately 16,700 employees operate and maintain the nation's largest electricity transmission system and more than 224,000 miles of distribution lines to safely deliver reliable and affordable power to 5.5 million regulated customers in 11 states. AEP also is one of the nation's largest electricity producers with approximately 31,000 megawatts of diverse generating capacity, including more than 7,100 megawatts of renewable energy. The company's plans include growing its renewable generation portfolio to approximately 50% of total capacity by 2030. AEP is on track to reach an 80% reduction in carbon dioxide emissions from 2000 levels by 2030 and has committed to achieving net zero by 2050. AEP is recognized consistently for its focus on sustainability, community engagement, and diversity, equity and inclusion. AEP's family of companies includes utilities AEP Ohio, AEP Texas, Appalachian Power (in Virginia and West Virginia), AEP Appalachian Power (in Tennessee), Indiana Michigan Power, Kentucky Power, Public Service Company of Oklahoma, and Southwestern Electric Power Company (in Arkansas, Louisiana, east Texas and the Texas Panhandle). AEP also owns AEP Energy, which provides innovative competitive energy solutions nationwide. For more information, visit aep.com.

This report made by American Electric Power and its Registrant Subsidiaries contains forward-looking statements within the meaning of Section 21E of the Securities Exchange Act of 1934. Although AEP and each of its Registrant Subsidiaries believe that their expectations are based on reasonable assumptions, any such statements may be influenced by factors that could cause actual outcomes and results to be materially different from those projected. Among the factors that could cause actual results to differ materially from those in the forward-looking statements are: changes in economic conditions, electric market demand and demographic patterns in AEP service territories; the impact of pandemics, including COVID-19, and any associated disruption of AEP's business operations due to impacts on economic or market conditions, costs of compliance with potential government regulations and employees' reactions to those regulations, electricity usage, supply chain issues, customers, service providers, vendors and suppliers; the economic impact of escalating global trade tensions including the conflict between Russia and Ukraine, and the adoption or expansion of economic sanctions or trade restrictions; inflationary or deflationary interest rate trends; volatility in the financial markets, particularly developments affecting the availability or cost of capital to finance new capital projects and refinance existing debt; the availability and cost of funds to finance working capital and capital needs, particularly if expected sources of capital, such as proceeds from the sale of assets or subsidiaries, do not materialize, and during periods when the time lag between incurring costs and recovery is long and the costs are material; decreased demand for electricity; weather conditions, including storms and drought conditions, and AEP's ability to recover significant storm restoration costs; the cost of fuel and its transportation, the creditworthiness and performance of fuel suppliers and transporters and the cost of storing and disposing of used fuel, including coal ash and spent nuclear fuel; the availability of fuel and necessary generation capacity and the performance of generation plants; AEP's ability to recover fuel and other energy costs through regulated or competitive electric rates; the ability to transition from fossil generation and the ability to build or acquire renewable generation, transmission lines and facilities (including the ability to obtain any necessary regulatory approvals and permits) when needed at acceptable prices and terms, including favorable tax treatment, and to recover those costs; new legislation, litigation and government regulation, including changes to tax laws and regulations, oversight of nuclear generation, energy commodity trading and new or heightened requirements for reduced emissions of sulfur, nitrogen, mercury, carbon, soot or particulate matter and other substances that could impact the continued operation, cost recovery, and/or profitability of AEP's generation plants and related assets; the risks associated with fuels used before, during and after the generation of electricity, including coal ash and nuclear fuel; timing and resolution of pending and future rate cases, negotiations and other regulatory decisions, including rate or other recovery of new investments in generation, distribution and transmission service and environmental compliance; resolution of litigation; AEP's ability to constrain operation and maintenance costs; prices and demand for power generated and sold at wholesale; changes in technology, particularly with respect to energy storage and new, developing, alternative or distributed sources of generation; AEP's ability to recover through rates any remaining unrecovered investment in generation units that may be retired before the end of their previously projected useful lives; volatility and changes in markets for coal and other energy-related commodities, particularly changes in the price of natural gas; changes in utility regulation and the allocation of costs within regional transmission organizations, including ERCOT, PJM and SPP; changes in the creditworthiness of the counterparties with contractual arrangements, including participants in the energy trading market; actions of rating agencies, including changes in the ratings of debt; the impact of volatility in the capital markets on the value of the investments held by AEP's pension, other postretirement benefit plans, captive insurance entity and nuclear decommissioning trust and the impact of such volatility on future funding requirements; accounting standards periodically issued by accounting standard-setting bodies; other risks and unforeseen events, including wars and military conflicts, the effects of terrorism (including increased security costs), embargoes, naturally occurring and human-caused fires, cyber security threats and other catastrophic events; and the ability to attract and retain the requisite work force and key personnel.