Alibaba Group Holding has been added to a growing list of Chinese companies that face potential delisting from US stock exchanges, days after the e-commerce giant announced plans to seek a primary listing on Hong Kong’s bourse with the aim to diversify its investor base.

The US Securities and Exchange Commission (SEC) on Friday included Alibaba, owner of the South China Morning Post, to its watch list of US-listed Chinese firms that face removal from American exchanges under a 2020 law, the Holding Foreign Companies Accountable Act (HFCAA).

Under that law, foreign companies may be delisted if they fail to submit their audit papers to a US accounting oversight body for three consecutive years. This means the three-year countdown for Alibaba to comply with the requirement has started.

Do you have questions about the biggest topics and trends from around the world? Get the answers with SCMP Knowledge, our new platform of curated content with explainers, FAQs, analyses and infographics brought to you by our award-winning team.

Alibaba could end up being the biggest Chinese firm to be delisted in the US if it does not meet that legal requirement. The Hangzhou-based company did not immediately respond to a request for comment on Saturday. 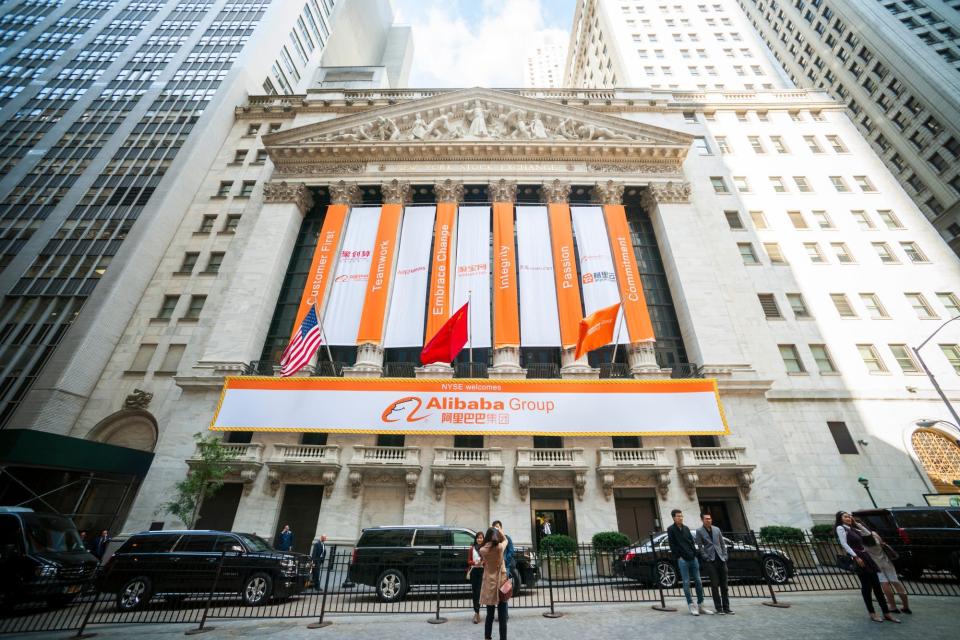 The SEC’s move sent Alibaba’s American depositary shares down 11 per cent on Friday to close at US$89.37. The company has lost nearly two-thirds of its valuation since its peak in late 2020 amid regulatory pressures in both China and the US, and a weakening global macroeconomic environment.

Apart from Alibaba, three other mainland Chinese internet companies – Mogu, Cheetah Mobile and Boqii Holding – and one Hong Kong entity, metal stamping firm Highway Holdings, were added by the SEC to its watch list on Friday.

More than 150 Chinese companies are now on the SEC’s provisional line-up of firms to be delisted, including e-commerce services providers JD.com and Pinduoduo, video-sharing platform operator Bilibili and electric carmaker Nio. They were added to the SEC’s watch list of companies “deemed to be liable to HFCAA” as each one filed their annual report. Alibaba filed its report last Tuesday.

There were 261 Chinese companies, with a total valuation of US$1.3 trillion, that were listed on major US stock exchanges at the end of March, according to a report by the US-China Economic and Security Review Commission.

With its inclusion to the SEC’s delisting watch list, Alibaba’s plan to upgrade its Hong Kong stock exchange presence from a secondary to a primary listing before the end of this year proved prescient.

A primary listing in the city could mitigate the risks and uncertainty involving the US audit requirement, enabling Alibaba to continue being a publicly traded company in case it gets removed from the New York Stock Exchange.

More importantly, that plan is expected to foster “a wider and more diversified investor base to share in Alibaba’s growth and future, especially from China and other markets in Asia”, company chairman and chief executive Daniel Zhang Yong said in a statement last Tuesday.

SEC chair Gary Gensler recently indicated that it was unclear whether a deal with China on the US audit requirement could be reached. “I just really don’t know right now,” he said. “It’s going to be a choice made by the authorities there.”

US and Chinese regulators have been engaged in discussions to resolve their accounting spat. The China Securities Regulatory Commission said that it has presented proposals to collaborate with the US accounting oversight board since 2019 to reconcile local auditing rules with global bookkeeping standards.

Last November, the SEC approved a framework to determine which US-listed Chinese companies fail to fully allow auditing inspection and, therefore, will be delisted from American capital markets. It allows the Public Company Accounting Oversight Board, a non-profit entity that deals with accounting issues of public companies, to determine whether a delisting process needs to be triggered.

Alibaba, meanwhile, said on Tuesday that all top executives of Ant Group have resigned from its partnership structure, as the financial technology affiliate awaits Beijing’s nod to transform into a financial holding group.