RALEIGH, N.C., Sept. 8, 2022 /PRNewswire/ -- Bandwidth Inc. (NASDAQ: BAND), a leading global enterprise cloud communications company, today announced "Send-To," a new messaging app for Bandwidth's Direct Routing and Operator Connect for Microsoft Teams. Send-To enables enterprise users to send SMS texts from within Teams instead of having to use their personal phones, enabling faster and more efficient work collaboration. The new app expands Bandwidth's DuetⓇ for Microsoft Teams beyond the core capabilities of voice and e911, creating a truly unified communications experience. It is now available for Teams customers who use Bandwidth for Direct Routing in the U.S. 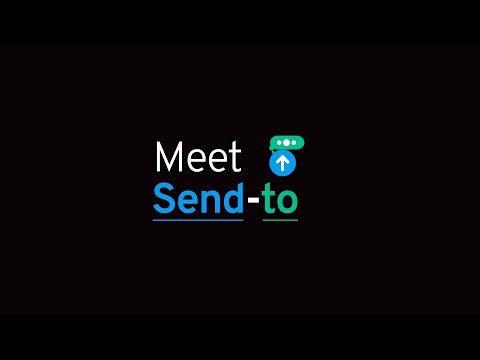 The Send-To app from Bandwidth enables enterprise users to send SMS texts from within Teams instead of having to use their personal phones, enabling faster and more efficient work collaboration.

"As messaging becomes an increasingly preferred way to communicate, employees shouldn't have to use their personal phone numbers to conduct mission-critical communications–whether with their co-workers inside an organization, or when reaching out to customers, partners, suppliers or other stakeholders," said John Bell, Bandwidth's Chief Product Officer. "Our new Send-To app is the latest example of Bandwidth's continuous innovation to expand our longtime partnerships with platform leaders like Microsoft and accelerate the enterprise communications move to the cloud."

For IT leaders, the new Send-To app can be installed quickly and deployed easily, in keeping with Bandwidth's reputation for simplicity and customer satisfaction. As a result, Teams users can send SMS and MMS messages from within their Teams channels, on desktop or mobile, using a Bandwidth-provided phone number, which minimizes the need for context switching and increases efficiency. It also mitigates the security and governance issues stemming from the use of personal devices for business messaging. To further protect privacy, customers control how messages and contacts are retained within their own Teams tenant.

Bandwidth engineered the Send-To app to solve for a wide variety of use cases. One of the app's first users is Camden Property Trust, a publicly traded real estate investment trust. With heavy personnel needs to manage its 58,000+ apartment homes in more than 170 communities across the U.S., Camden saw the opportunity to use Bandwidth's Send-To app to improve the speed and effectiveness of its employee recruiting process. The challenge: traditional emails received a slow response due to prospective employees being busy working during the day, and phone calls were seldom answered. This created friction in the recruiting process and stretched out the time to hire. Camden's talent acquisition team piloted Bandwidth's Send-To app to send text messages to candidates through Teams instead. The result: the time recruiters have spent coordinating interviews has been shortened from two days to as little as two minutes, all orchestrated from within the Teams interface.

"Send-To has revolutionized our recruitment efforts," said Allison Dunavant, Vice President of Organization Development at Camden. "The high open and response rates of text messaging enables our recruiters to reach prospective employees much quicker than through traditional recruiting methods. We've been able to bring on new employees much more efficiently and streamline our recruiting communications into a single, more effective channel."

"Send-To by Bandwidth has become a key part of our Microsoft Teams environment," said Jimmy Whorton, Vice President of Information Technology at Camden. "It is secure, easy to deploy, and gives us the simplicity of one provider for voice and messaging through Bandwidth as our Direct Routing partner for Microsoft Teams."

Send-To is yet another example of Bandwidth's decade-long track record of innovation alongside Microsoft. For example, Bandwidth's Duet for Microsoft Teams is a Bring Your Own Carrier (BYOC) solution to help enterprises move to the cloud. With BYOC, enterprises can unbundle their telephony and easily integrate their entire communications stack, while replacing legacy telecom carriers and most on-premises equipment with the Bandwidth platform–built on its own global, software-driven, all-IP network.

Duet® is a registered trademark of Bandwidth Inc. in the United States and/or other countries.  All other marks are the property of their respective owners.

Bandwidth (NASDAQ: BAND) is a global communications software company that helps enterprises connect people around the world with cloud-ready voice, messaging and emergency services. Backed by a network reaching 60+ countries covering 90 percent of global GDP, companies like Cisco, Google, Microsoft, RingCentral, Uber and Zoom use Bandwidth's APIs to easily embed communications into software and applications. Bandwidth has more than 20 years in the technology space and was the first Communications Platform-as-a-Service (CPaaS) provider offering a robust selection of APIs built around our own network. Our award-winning support teams help businesses around the world solve complex communications challenges every day. More information is available at www.bandwidth.com.