LOS ANGELES, Aug. 10, 2022 /PRNewswire/ -- Clubhouse Media Group, Inc. (OTCMKTS: CMGR) ("CMGR"), an influencer-based social media firm and digital talent management agency, announced that they have finalized a brand promotional deal, through its majority held subsidiary The Reiman Agency, with Donovan McNabb. McNabb played 13 seasons in the NFL, primarily with the Philadelphia Eagles. During his tenure, he became the Eagles all-time leader in passing attempts, completions, yards, and touchdowns. McNabb led the team eight postseason appearances and a Super Bowl. He was selected to the Pro Bowl six times. His exceptional performance over the years earned him the honor of having his No. 5 jersey retired by the Eagles in 2013. 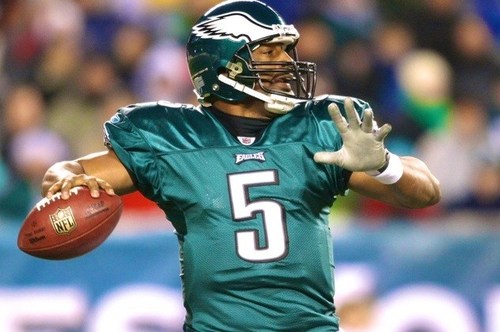 "Donovan is an incredible talent, and it has been a pleasure to work with him and his team on what I believe will be the first of many partnerships we work on together." said Alden Reiman, President of The Reiman Agency.

CMGR offers management, production, and deal-making services to its handpicked influencers, a management division for individual influencer clients, and an investment arm for joint ventures and acquisitions for companies in the social media influencer space.

FORWARD-LOOKING STATEMENTS: This release contains "forward-looking statements". Forward-looking statements also may be included in other publicly available documents issued by CMGR and in oral statements made by our officers and representatives from time to time. These forward-looking statements are intended to provide management's current expectations or plans for our future operating and financial performance, based on assumptions currently believed to be valid. They can be identified by the use of words such as "anticipate," "intend," "plan," "goal," "seek," "believe," "project," "estimate," "expect," "strategy," "future," "likely," "may," "should," "would," "could," "will" and other words of similar meaning in connection with a discussion of future operating or financial performance.

Examples of forward-looking statements include, among others, statements relating to future sales, earnings, cash flows, results of operations, uses of cash and other measures of financial performance.