Fed, jobs data to set groundwork for rest of 2022: What to know this week

The Federal Reserve’s next policy move and a rush of employment data will headline a busy start to November on Wall Street this week.

Markets face another sizable increase to the U.S. central bank’s benchmark interest rate, with officials expected to deliver a fourth-straight 75-basis-point hike after their two-day meeting concludes Wednesday at 2:00 p.m. ET. Investors will also tune in to remarks from Chair Jerome Powell following the decision, along with economic projections from Fed officials and the latest dot plot showing each member’s forecast for the U.S. short-term interest rate.

The Labor Department’s October jobs report due out at 8:30 a.m. ET Friday morning will also be closely watched. Economists expect 190,000 jobs were added or created last month, according to consensus estimates from Bloomberg. 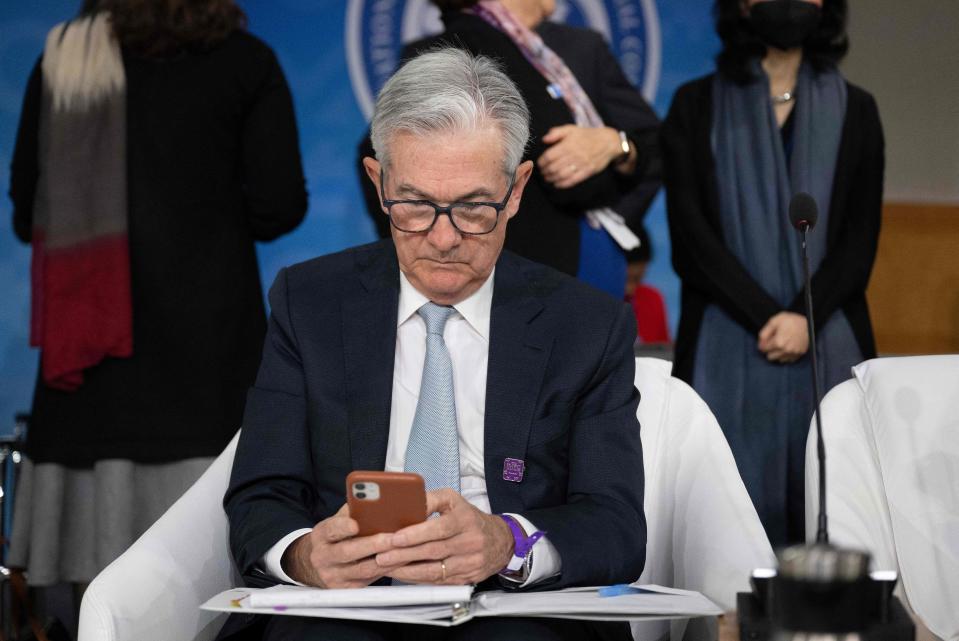 Both events are likely to determine the market’s course for the rest of the year. On Friday, the major averages leaped toward big weekly gains. The S&P 500, Dow Jones Industrial Average, and Nasdaq Composite were up 3.9%, 5.7%, and 2.2%, respectively, over the last five trading days.

Equity markets have made a notable recovery in October after September’s historic sell-off, with especially strong wins for the Dow. The index is up 14.4% month-to-date as of Friday’s close – making October its 10th best month on record since 1915, according to data from Bespoke Investment Group. If the Dow closes just 2 basis points higher on Monday, this October will beat January 1976 as the best month since the 1930s.

Strategists expect that momentum to continue this week if the Fed's messaging and weakening economic readings stoke hopes of sooner-than-expected policy pivot.

“It feels like we are nearing the peak in inflation and, as such, getting closer to that elusive terminal rate, the achievement of which could bring some stability to markets and allow the Fed to pause to assess the impact of its rapid rate hikes on inflation and the economy,” TwentyFour Asset Management Head of U.S. Credit David Norris said in a note, though adding: “Ultimately, we feel the Fed will likely begin to reduce the size of increases and then pause to assess their cumulative effect, but we expect the narrative will remain ‘higher for longer’ rather than entertaining any kind of ‘pivot’ language.”

Investors entertained this line of thinking earlier in July and August, but optimism around a pivot proved premature after officials repeatedly asserted they would continue an aggressive course of policy tightening until price stability is restored — spurring a deep slump in September.

Analysts at Goldman Sachs, however, point out that several FOMC participants have recently suggested slowing the pace of monetary tightening as conditions have become more restrictive. The bank pointed to a Yahoo Finance Live interview with San Francisco Fed President Mary Daly.

“There’s a big difference between what rate you get to and then holding it,” Daly said. “Holding the economy in a restrictive stance of policy also continues to bridle it, so we’ll end at a rate that we think is appropriate and in terms of where to stop and look around.” 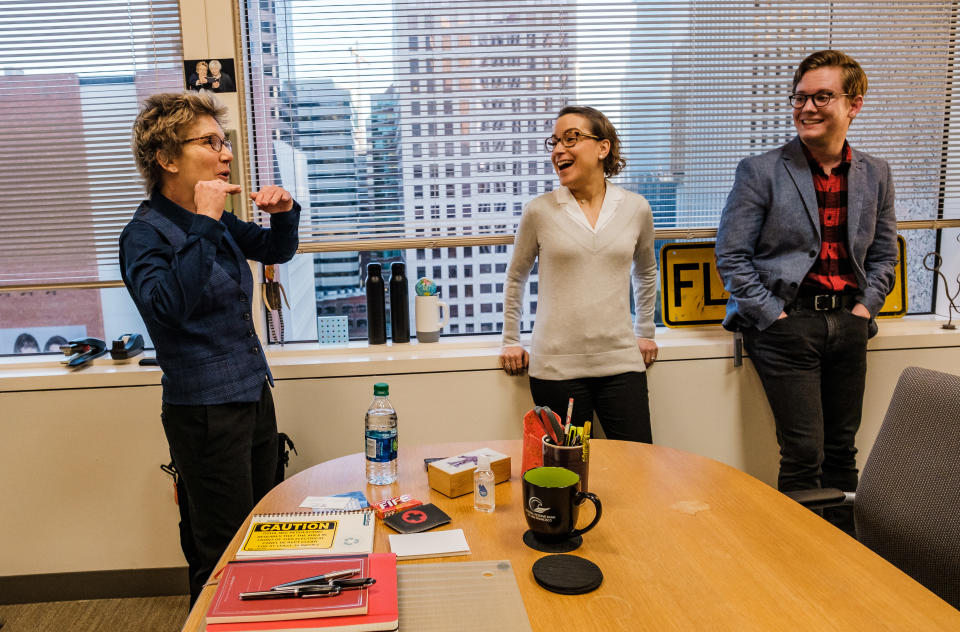 Mary Daly, president of the San Francisco Federal Reserve Bank, meets with young staffers at her office in San Francisco. (Photo by Nick Otto for the Washington Post)

Increasing weakness in some economic data points have likely inspired the changes in tone among the Fed’s more dovish members. Earlier this month, the Conference Board warned that weakness will intensify and spread more broadly throughout the U.S. economy in coming months. Even as the government’s advance estimate of third-quarter GDP showed the economy grew during the period after back-to-back quarterly contractions, experts were quick to dismiss any excitement over the measure.

“While it’s good to see GDP grow slightly more than expected and expand for the first time in 2022, the report does little to squash any longer-term stagflation or recession fears,” Mike Loewengart, head of model portfolio construction at Morgan Stanley’s Global Investment Office said in emailed commentary. “Investors may have a “glass half full” mindset when it comes to mixed earnings and a likely bear market rally, but the Fed decision and jobs report next week may provide more clarity on what type of situation we’re truly in.”

October’s jobs report is expected to show monthly payrolls fell below 200,000, a big drop-off from an average of 400,000 across much of the pandemic recovery but on par with the pre-pandemic monthly average of below 200,000. The Job Openings and Labor Turnover Survey, or JOLTS report, set for release Tuesday, is also forecast to show a sixth month of decreases in job openings, signaling more loosening in the labor market after the reading showed the job openings fell by the most in nearly 2.5 years in August.

This content is not available due to your privacy preferences.
Update your settings here to see it.

Earnings season is also ongoing. Over 100 companies are expected to report third-quarter results. Companies’ financials have so far been a mixed bag, with disappointing figures and guidance from some market heavyweights while other names came in better than feared.

According to analysts at Bank of America, earnings overall continue to “defy recessionary calls,” with 34% of S&P 500 companies netting flat earnings per share on a quarter-over-quarter basis. BofA also pointed out that half-year EBITDAs were up 16% for the second quarter reporting season versus the first quarter and are beginning to come through roughly flat in the third versus the second quarter.

“This is an upside surprise, given the consensus expectations of earnings showing weakness as early as this current reporting season,” analysts said, also emphasizing that we are still early in the reporting season.

Pfizer Expands ‘An Accord for a Healthier World’ Product Offering to Include Full Portfolio for Greater Benefit to 1.2 Billion People in 45 Lower-Income Countries

Why investors should stop fixating on Apple and Tesla stock in 2023: Morning Brief