Facebook parent company Meta (META) will announce its Q2 2022 earnings after the closing bell on Wednesday, and Wall Street is bracing itself following poor showings by Twitter (TWTR) and Snap (SNAP) last week.

Here’s what analysts are expecting from Meta in the quarter, as compiled by Bloomberg, compared to how the company performed in the same quarter last year.

Meta is expected to see a year-over-year drop in revenue in the quarter, a rare first for a company that has continued to grow over the years despite a litany of controversies. What's more, daily active Facebook users are expected to drop quarter-over-quarter from 1.96 billion users to 1.95 billion.

The social media giant's earnings come as the broader digital advertising industry is experiencing a slowdown amid inflation, rising interest rates, and the war in Ukraine. So far, Meta’s contemporaries — Twitter and Snap — aren’t inspiring any confidence in the ad industry. Both companies missed on their latest earnings, and shares plummeted last week.

But as Wedbush analyst Dan Ives points out, Snap and Twitter each face unique challenges. Snap hasn’t been reliably profitable yet, and Twitter is contending with its court battle with Tesla CEO Elon Musk over whether he should be forced to buy the company.

That means Meta could offer the clearest look yet at how the ad industry is responding to macroeconomic pressures. 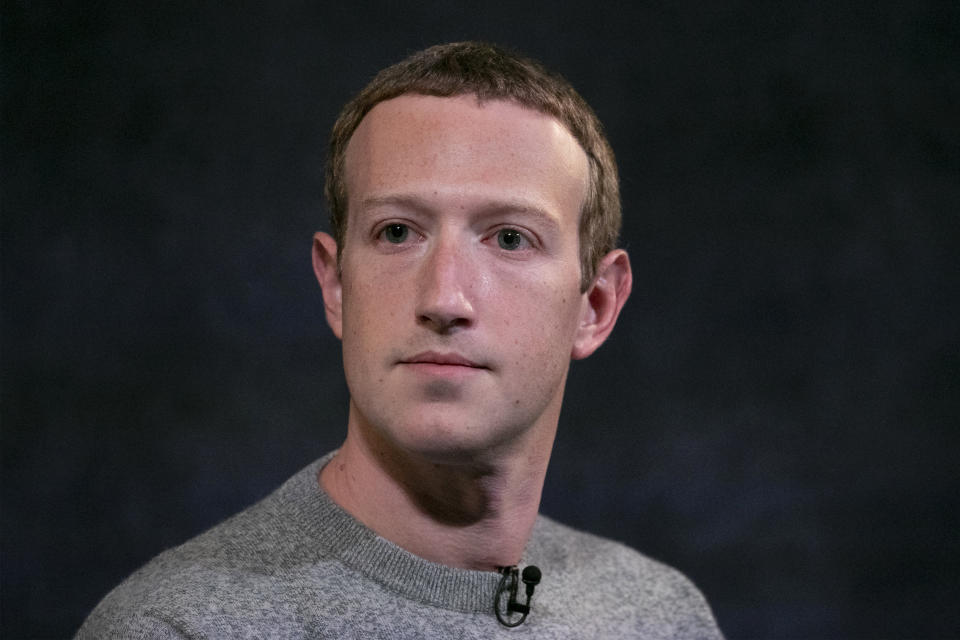 Social media giant Meta will provide deeper insight into how it's handling the slowdown in the digital advertising market when it announces its earnings after the bell Wednesday. (AP Photo/Mark Lennihan, File)

It’s not just inflation, interest rates, or the war and COVID that companies are dealing with, either. Apple’s App Tracking Transparency, a privacy feature that prevents apps like Facebook from tracking user activity across the web and apps, is hindering Meta’s ability to provide advertisers with accurate user behavior.

To combat the threat of TikTok, Meta has focused more on its Reels product, a TikTok-style short video feature. What’s more, the company introduced a new layout for its main Facebook app complete with a new Home feed that apes the feel of TikTok’s “For You” recommendation page.

All of this comes at a time when Meta is attempting to transition from a social networking company to a metaverse-first business focused on AR/VR experiences.

Internally, Meta employees are grappling with CEO Mark Zuckerberg’s stricter demands to perform or head for the door, according to Reuters. Chief product officer Chris Cox also told workers that the company needs to “prioritize more ruthlessly,” according to Reuters, which cited an internal memo.

We’ll have to wait to see how much these changes impact Meta’s near-term performance when it announces its earnings Wednesday.

Mark Zuckerbergs net worth has plunged by more than $70B this year — the most among the 500 richest people. Here are 3 big reasons it could sink even more

Meta's reported cost cutting could save $5 billion, according to Morgan Stanley