Mexus’s Partner Provides An Update On The Mabel Project

CABORCA, MEXICO / ACCESSWIRE / March 28, 2022 / Mexus Gold US (OTCQB:MXSG) ("Mexus" or the "Company) partner, Irmex, gave an update on progress at the Mabel project located in Northern Mexico. Since signing of the LOI back in December 2021, Irmex' team has been working on modelizing the Mexus data including the 611 core and RC holes previously carried out by Pacific Comox before acquistion by Mexus Gold. As seen in the field, the drill holes align accurately with what is identified as the low angle mineralized quartz vein. The best result out of Pacific Comox' program is highlighted below in Figure 1 as 51 m @ 4.1 g/t Au and 141.6 g/t Ag which was drilled on-deep of the vein. However true thickness of the system is believed to average 4 to 5 m. 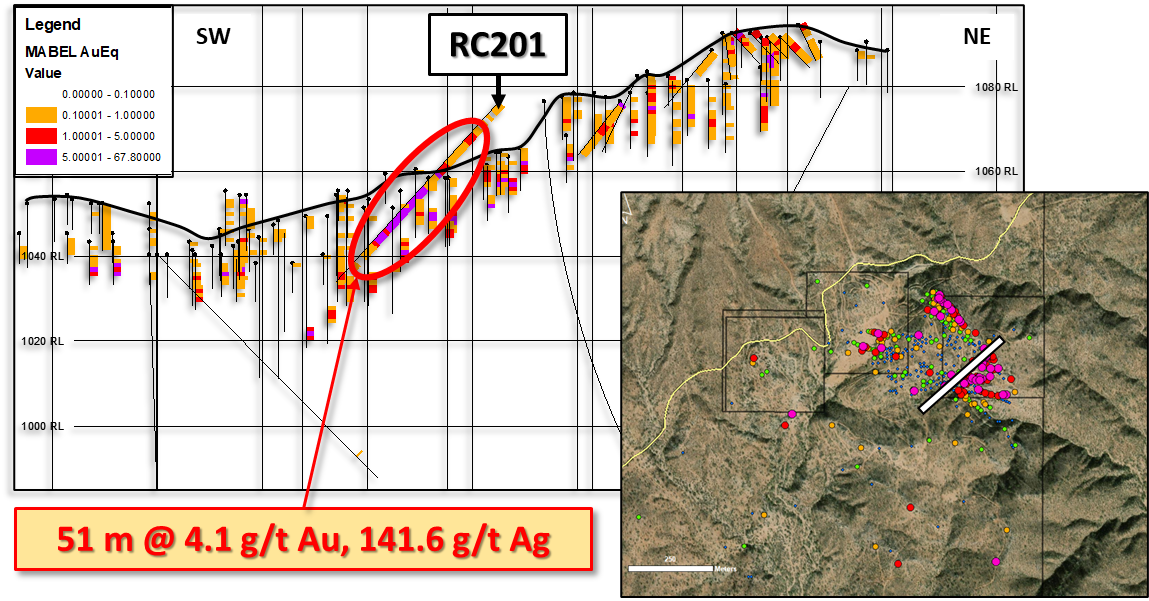 Figure 1: SW-NE cross section of the resource area highlighting all the drill holes within a 150 meter buffer. The highlighted intercept was drilled on-deep of the quartz vein and do not represent the true width.

The main focus of the project for Irmex is the outcroping mineralization capping Las Margaritas hill. The ore body is represented in Figure 2 showing a comparison of both the previous model by Pacific Comox and the newest 2022 Irmex model. Previous solid was modelized based primarily on the quartz vein, while Irmex considered only drill hole results at a 0.1 cut-off. It is important to mention that Irmex Mining based its calculation on the actual ore body that will be followed for production which involved significant due diligence on historical data and verification.

At this stage, Irmex has calculated a preliminary resource volume of 184,386 tons with an average grade of 1.15 g/t Au at a 0.1 cut-off. There is a silver component that may be considered as a sweetner for production which in drilling is averaging 76 g/t Ag.

Irmex is planning to advance more agressively on the resource estimation and mine planning in the upcoming month. The current model is expected to grow with additional data covering more ground than originally modelled by Pacific Comox. All of this will lead to additional releases on the advancement from Irmex on the Mabel Project through the Mexus agreement and further down the road to finalize the definitive agreement as planned for late April 2022. 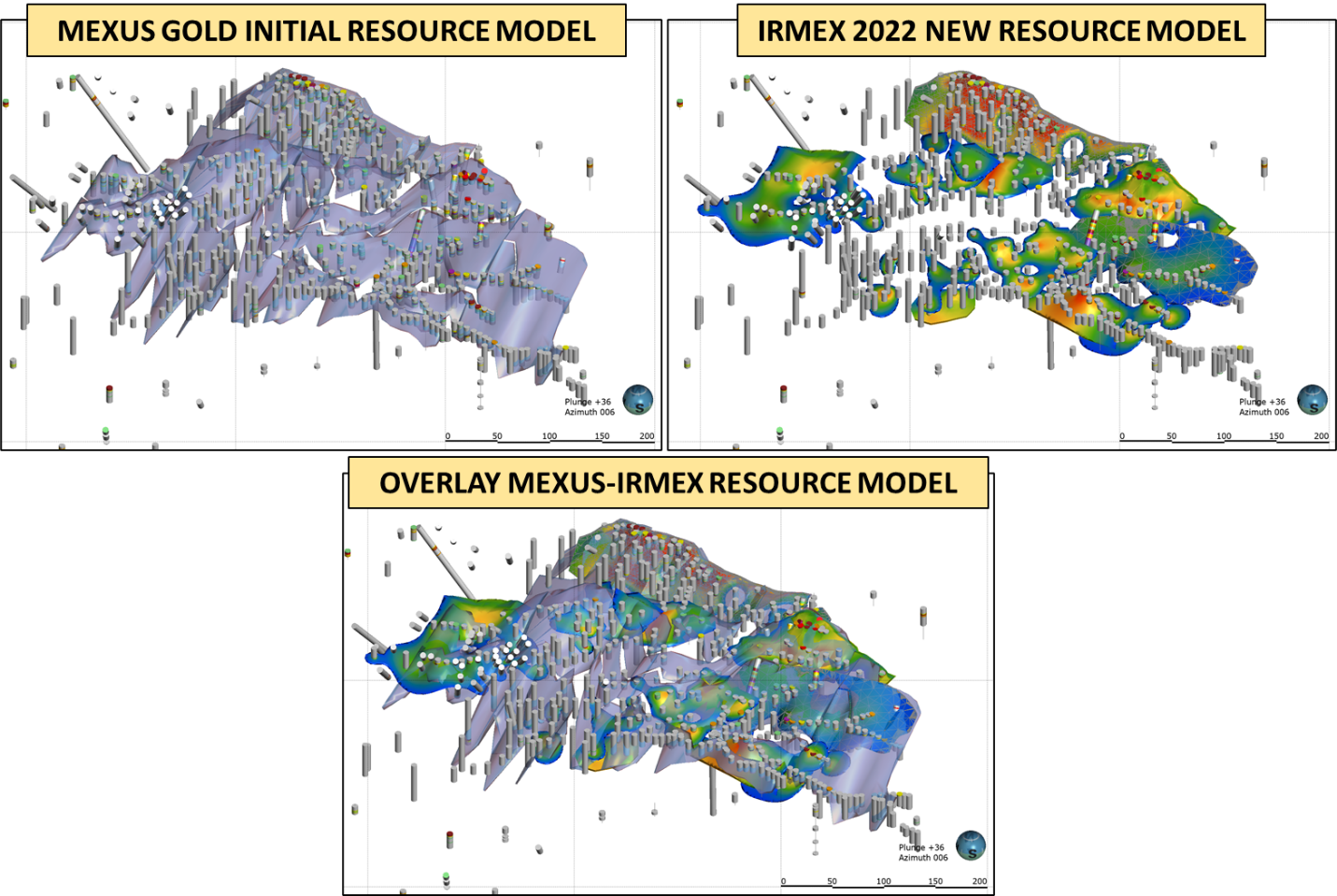 Company description: Irmex Mining is a production-focused company based in Mexico and has been created for small scale mining in Mexico. With increasing value of commodities, Irmex is seeing the opportunity from its experience to acquire and enter into production on smaller mineralized bodies which have shown reasonable economics.

Co-owner statement: "Mabel is an initial step for our company. We are happy to find an agreement with Mexus Gold to be able to move forward on one of their projects. We look forward to expanding the resource and finalizing the definitive agreement in the near-term."

About Mexus Gold USMexus Gold US is an American based mining company with holdings in Mexico. The fully owned Santa Elena mine is located 54km NW of Caborca, Mexico. Mexus also owns rights to the Ures property located 80km N of Hermosillo, Mexico. This property contains 6900 acres and has both gold and copper on the property. Founded in 2009, Mexus Gold US is committed to protecting the environment, mine safety and employing members of the communities in which it operates.

For more information on Mexus Gold US, visit www.mexusgoldus.com. Mexus Gold US (775) 721-9960. Paul Thompson SrCautionary StatementForward looking Statement: Statements in this press release may constitute forward-looking statements and are subject to numerous risks and uncertainties, including the failure to complete successfully the development of new or enhanced products, the Company's future capital needs, the lack of market demand for any new or enhanced products the Company may develop, any actions by the Company's partners that may be adverse to the Company, the success of competitive products, other economic factors affecting the Company and its markets, seasonal changes, and other risks detailed from time to time in the Company's filings with the Securities and Exchange Commission. The actual results may differ materially from those contained in this press release. The Company disclaims any obligation to update any statements in this press release.

Mexus Gives An Update On Its Three Properties