New York, New York--(Newsfile Corp. - November 24, 2022) - Faruqi & Faruqi, LLP, a leading national securities law firm, is investigating potential claims against Opendoor Technologies, Inc. ("Opendoor" or the "Company") (NASDAQ: OPEN) and reminds investors of the December 6, 2022 deadline to seek the role of lead plaintiff in a federal securities class action that has been filed against the Company.

If you suffered losses exceeding $100,000 investing in (a) Opendoor securities between December 21, 2020 and September 16, 2022, both dates inclusive (the "Class Period"); and/or (b) Opendoor common stock pursuant and/or traceable to the Offering Documents (defined below) issued in connection with the business combination between the Company and Opendoor Labs Inc. ("Legacy Opendoor") completed on or about December 18, 2020 (the "Merger"). and would like to discuss your legal rights, call Faruqi & Faruqi partner Josh Wilson directly at 877-247-4292 or 212-983-9330 (Ext. 1310). You may also click here for additional information: www.faruqilaw.com/OPEN. 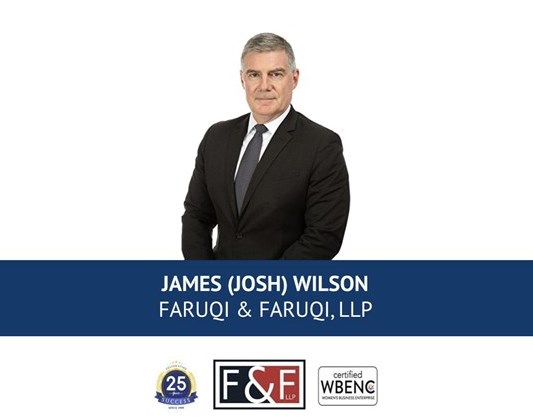 Opendoor was formerly known as Social Capital Hedosophia Holdings Corp. II ("SCH") and operated as a special purpose acquisition company, also called a blank-check company, which is a development stage company that has no specific business plan or purpose or has indicated its business plan is to engage in a merger or acquisition with an unidentified company or companies, other entity, or person.

On September 15, 2020, the Company, then still operating as SCH, and Legacy Opendoor, a private company operating as a digital platform for residential real estate, announced their entry into a definitive agreement for the Merger (the "Merger Agreement"), which valued Legacy Opendoor at an enterprise value of $4.8 billion.

Following the Merger, the Company has operated a digital platform for buying and selling residential real estate in the U.S. The Company's platform features a technology known as "iBuying," which is an algorithm-based process that purportedly enables Opendoor to make accurate market-based offers to sellers for their homes, and then flip those homes to buyers for a profit.

As detailed below, the lawsuit focuses on whether the Company and its executives violated federal securities laws by making false and/or misleading statements and/or failing to disclose that: (1) the algorithm ("Algorithm") used by the Company to make offers for homes could not accurately adjust to changing house prices across different market conditions and economic cycles; (2) as a result, the Company was at an increased risk of sustaining significant and repeated losses due to residential real estate pricing fluctuations; (3) accordingly, Defendants overstated the purported benefits and competitive advantages of the Algorithm; and (4) as a result, the Offering Documents and Defendants' public statements throughout the Class Period were materially false and/or misleading and failed to state information required to be stated therein.

On September 19, 2022, citing a review of industry data, Bloomberg reported that the Company appeared to have lost money on 42% of its transactions in August 2022 (as measured by the prices at which it bought and sold properties). Bloomberg further reported that the data was even worse in key markets such as Los Angeles, California, where Opendoor lost money on 55% of sales, and Phoenix, Arizona, where it lost money on 76% of sales. Worse, a global real estate tech strategist interviewed by Bloomberg, Mike DelPrete, predicted that, based on his analyses, September would likely be even worse for Opendoor than August. Bloomberg's findings evidenced the failure of Opendoor's Algorithm to adjust accurately to changing market conditions.

As of the time this Complaint was filed, Opendoor's common stock was trading significantly below the Initial Closing Price and continues to trade below its initial value from the Merger, damaging investors.

Faruqi & Faruqi, LLP also encourages anyone with information regarding Opendoor's conduct to contact the firm, including whistleblowers, former employees, shareholders and others.

To view the source version of this press release, please visit https://www.newsfilecorp.com/release/145580