Retail sales, Fed minutes, and a summer market rally: What to know this week

News out of the retail sector could be the latest data to drive markets higher in the week ahead.

After a series of better-than-expected economic prints helped stoke renewed optimism on Wall Street, investors will get key earnings reports from retailers and the July retail sales report from the Commerce Department this week.

Also on Wednesday, investors will comb through the minutes from the Federal Reserve’s policy-setting meeting last month.

On Friday, U.S. stocks capped their longest winning weekly streak since November 2021. The S&P 500 closed higher for a fourth straight week, officially retracing 50% of losses since plunging from its all-time January high.

The Nasdaq gained 3.8% from Monday to Friday to close above 13,000 for the first time since April 25, and the Dow Jones Industrial Average advanced 2.9% for the week.

Nearly 90% of stocks in the S&P 500 are now above their 50-day moving average, Carson Group’s Ryan Detrick pointed out in an interview with Yahoo Finance Live.

“It’s extremely rare to go right back down to make new lows when you have that much breadth,” Detrick said. “The messaging of the market has been very strong, and to see that much breadth is a really good thing, probably for a continuation of this summer rally.”

The Commerce Department is set to release its monthly retail sales report for July on Wednesday, with economists expecting headline sales rose 0.1%, a modest increase after climbing 1.0% in June. Sales excluding auto and gas likely rose 0.3%, according to Bloomberg estimates.

Bank of America projects core control sales, which net out autos, gas, building materials and restaurants, climbed by a “hefty” 0.9%. 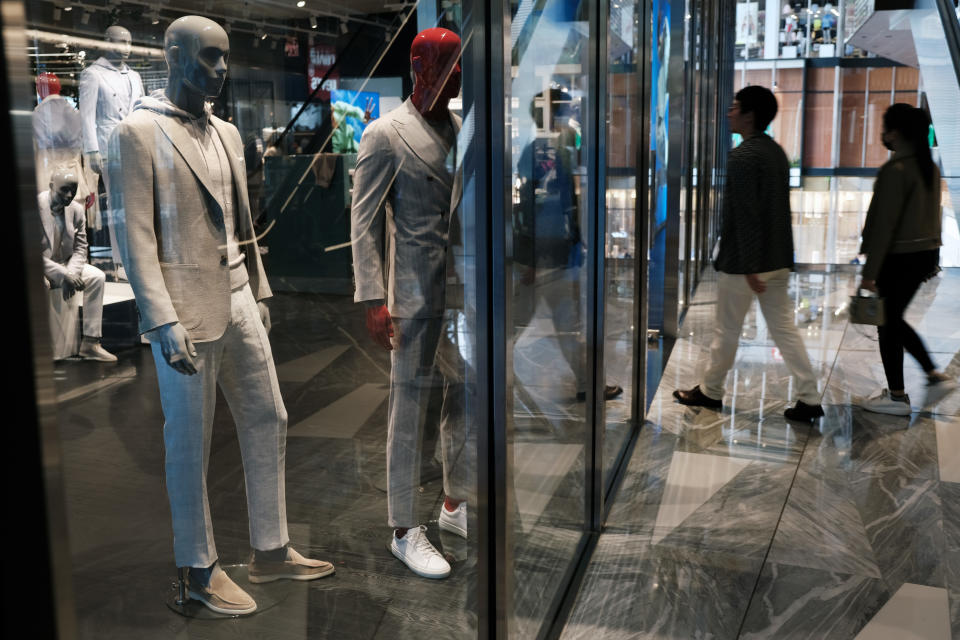 Men's suits are displayed in a window at the Hudson Yards Mall on May 12, 2022 in New York City. (Photo by Spencer Platt/Getty Images)

“Combined with softer-than-expected inflation, this should imply solid gains in real consumer spending in July,” BofA economists said in a note. “If our forecast for July retail sales proves accurate, it would suggest that household spending is off to a fast start in Q3 and pose upside risk to our forecast for another modest decline in real GDP in the quarter.”

On the earnings front, retail heavyweights are set to report second-quarter results, beginning with Walmart on Tuesday. The megastore’s latest financials will come just weeks after the company slashed its forecast and announced plans for corporate layoffs and restructuring. Target, Home Depot, and a bevy of other retailers will follow suit later in the week.

Target also ignited worries about the retail sector in June with a after announcing plans to liquidate massive amounts of slow-moving inventory and take a more cautious view on near-term profits, preparing Wall Street for a worrisome earnings season for retailers.

"There is this pivot happening from discretionary and general merchandise into necessities," Jefferies Analyst Stephanie Wissink told Yahoo Finance Live last month. "The household is having to make discriminate decisions every single week about funding that inflation." 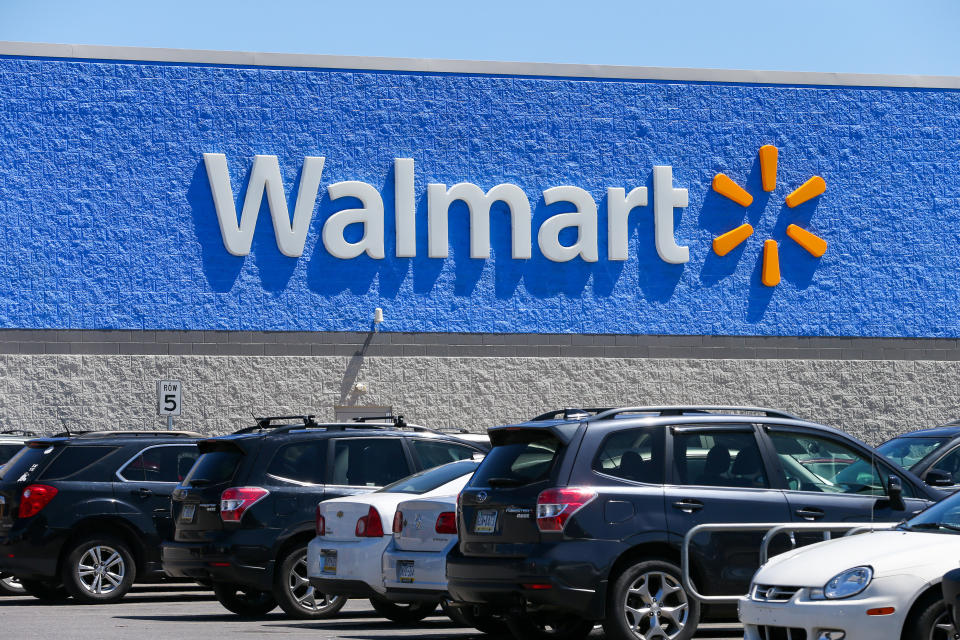 Walmart CEO Doug McMillon said in late July increasing levels of food and fuel inflation were pressuring consumer spending and apparel required more markdown dollars, but the company was “encouraged” by the start on spending for school supplies in its U.S. stores.

Back-to-school spending will be a closely watched metric as retails report, with internal data from Bank of America suggesting consumers started back-to-school shopping earlier this year, which could help boost retail earnings.

“Despite weakening demand for goods and worries around the resilience of consumer spending, back-to-school season kicked off on a strong footing,” economists at Bank of America said in a report last week. “An earlier back-to-school season could be positive for consumer spending in July though it put downward pressure to spending in August as spending may have been pulled forward.”

Elsewhere in the week ahead, minutes from the Fed’s July meeting out Wednesday may give investors a better picture of where policymakers see interest rates this fall and whether the U.S. central bank reached peak hawkishness when it hiked rates by 75 basis points for a second consecutive time last month.

Key data on the housing market is also due out Tuesday and Thursday, with the release of housing starts and existing home sales data.

The average 401(k) balance plunged a nasty $29,000 over the past year — but these 3 large-cap stocks have protected investors from the pain (and could do it again in 2023)