Short sellers betting against Cathie Wood’s ARK ETFs are up $2.4 billion this year

Traders betting against Cathie Wood’s ARK Invest have had a lucrative run this year.

Shorting the firm’s family of eight exchange-traded funds (ETFs) has turned investors a mark-to-market profit of $2.4 billion so far in 2022 – more than twice the $941 million profit they made in all of last year, per figures from data analytics firm S3 partners.

Of that gain, $492 million has been generated since mid-August, as technology stocks resumed a downslide amid renewed rate hike fears and rising bond yields.

Before the recent slump, ARK rode a summer rally that helped the speculative, beaten-down stocks that comprise much of its holdings bounce. The fleeting climb led to a temporary streak of short coverings, the closure of a short position by buying back shares that were initially borrowed to short sell, from mid-June through last month.

Since then, however, “We saw short selling once again get more active in these tech-heavy ETFs,” S3 Managing Director Ihor Dusaniwsky said in a note. 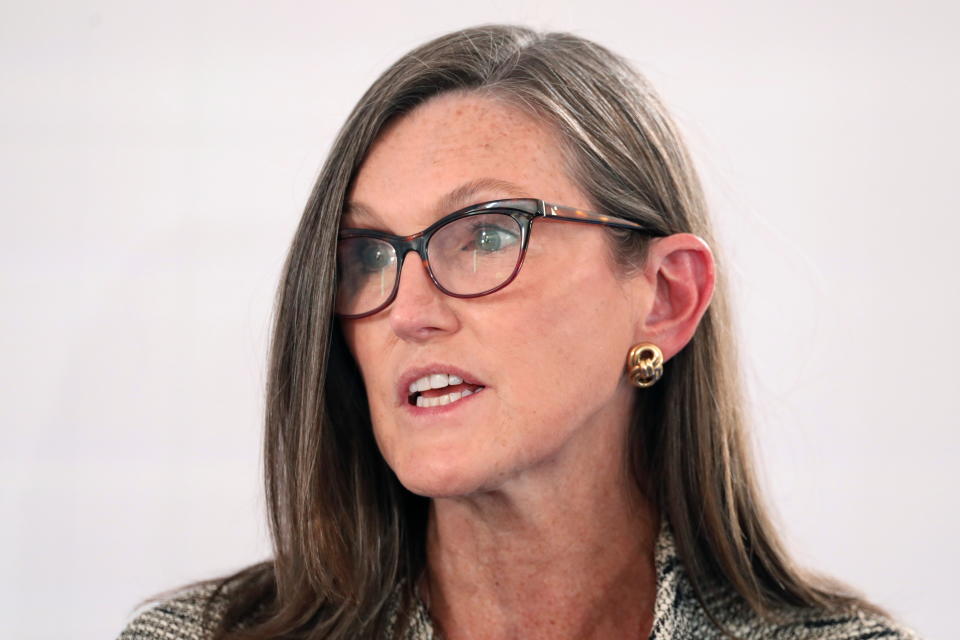 The $882 million ARK Fintech Innovation ETF (ARKF) was the most profitable of the lineup, with a return of roughly 28.7%. ARKF was down about 62% year-to-date as of Thursday’s close, according to Bloomberg data. Top holdings in the vehicle include Block (SQ), Shopify (SHOP), and Coinbase (COIN), which are down roughly 60%, 80%, and 70%, respectively, over the year.

ARK Innovation (ARKK), the firm’s flagship investment vehicle with about $8 billion in assets under management, came in third place, turning short sellers a mark-to-market profit of 27.4% on average short interest of roughly $1.4 billion. The ETF was the most shorted of the docket and was down 60% as of the end of Thursday.

Wood's trenchant stock picks made her a star portfolio manager amid the pandemic recovery after ARKK returned a whopping 150% in 2020. Since then, the firm has experienced a change of fate as speculative tech names fell out of favor among investors concerned over rising interest rates.

The ARK founder and CEO has been a vocal opponent of recent Fed policy, insisting in a recent webcast that central banks are overdoing it.

“They’ll let something crack first,” before inflation "unravels to something well below" the target rate of 2%, she said.