U.S. stocks fell for a third straight day Thursday following a hawkish readout of minutes from the Federal Reserve’s last policy-setting in the previous session that hinted officials were poised to intervene more aggressively to curb inflation.

The S&P 500 ticked roughly 0.2% lower, while the Dow Jones Industrial Average fell 150 points. The Nasdaq Composite was down 0.3%. The tech-heavy index, which began the week with a 2% pop, capped its second consecutive session Wednesday closing 2.2% lower. Meanwhile, the 10-year Treasury yield climbed again to yield 2.637% — the highest level in three years.

Conversations detailed in the March 15-16 Fed meeting minutes released Wednesday suggested policymakers will soon begin to unwind the central bank’s $9 trillion balance sheet, including $4 trillion in asset purchases amassed to calm markets after the pandemic hit in early 2020. The minutes also indicated many participants in the Federal Open Market Committee (FOMC) “would have preferred a 50 basis point increase” in benchmark interest rates in March, when the Fed raised rates for the first time since 2018.

“When those minutes were actually released this afternoon, I think what you really saw was the solidification around the news that the Fed is very intent on combating inflation,” U.S. Bank senior vice president Lisa Erickson told Yahoo Finance Live.

Economists at Bank of America, which recently modified its Fed call to include 50 basis point rate hikes in June and July, said in a Wednesday note the newly released minutes show enough evidence to tip the scales towards a double bump increase in May.

“The reality is we are in uncharted waters here and the Fed has a difficult task in unwinding the tremendous monetary support over the past couple years,” Allianz Investment Management senior investment strategist Charlie Ripley said in a note. “Against this backdrop, it is highly conceivable that uncertainty in the path of monetary policy will remain embedded in markets and that is exactly what we have been witnessing with the recent moves in interest rates and risk assets.”

Other headwinds investors have to continue to navigate are developments in the Russia-Ukraine war. The United States imposed another round of sanctions on Wednesday that included a ban on American investments in Russia. The penalties also targeted Russia’s Sberbank and Alfabank, two of the country’s largest financial institutions, as well as President Vladimir Putin’s two adult daughters, Russian Foreign Minister Sergei Lavrov’s wife and daughter, and senior members of Russia’s security council. Missing from the latest punitive measures, however, were energy transactions.

Meanwhile, testifying before the House Financial Services committee on Wednesday, U.S. Treasury Secretary Janet Yellen warned that Russia’s war in Ukraine will stoke “enormous economic repercussions around the world,” including disruptions to the flow of food and energy.

Yellen also said that Russia should be expelled from the Group of 20 major economies forum, and the U.S. will boycott “a number of G20 meetings” if Russian officials participate.

Here were the main moves in markets during the opening bell on Thursday:

Applications for unemployment insurance fell sharply in the latest weekly data to the lowest level since 1968 and represented a third consecutive week that new claims were below 200,000, with new layoffs and firings staying low compared to pre-pandemic averages.

The Labor Department latest weekly jobless claims report showed 166,000 claims were filed in the week ended April 2, coming in better than the 200,000 economists surveyed by Bloomberg had expected.

The prior week’s new claims were also markedly downwardly revised to 171,000, from the 202,000 previously reported for the end of March. Prior to the pandemic, new claims were averaging around 218,000 per week throughout 2019.

“The labor market appears to be moving past the pandemic, rapidly closing in on a complete recovery,” Rubeela Farooqi, chief U.S. economist at High Frequency Economics, wrote in a note. “Even as the labor market is tight, suggesting optimism about economic conditions, a four-decade high in prices is tempering expectations.”

Shares of HP (HPQ) surged more than 13% in pre-market trading ahead of Thursday’s opening bell.

“Berkshire Hathaway is one of the world’s most respected investors and we welcome them as an investor in HP Inc,” an HP spokesperson told Yahoo Finance via email.

The purchase is the latest buy in a recent shopping spree by Berkshire Hathaway. Buffet’s company also took a nearly 15% stake (worth $7.6 billion) in Occidental Petroleum (OXY) last month. 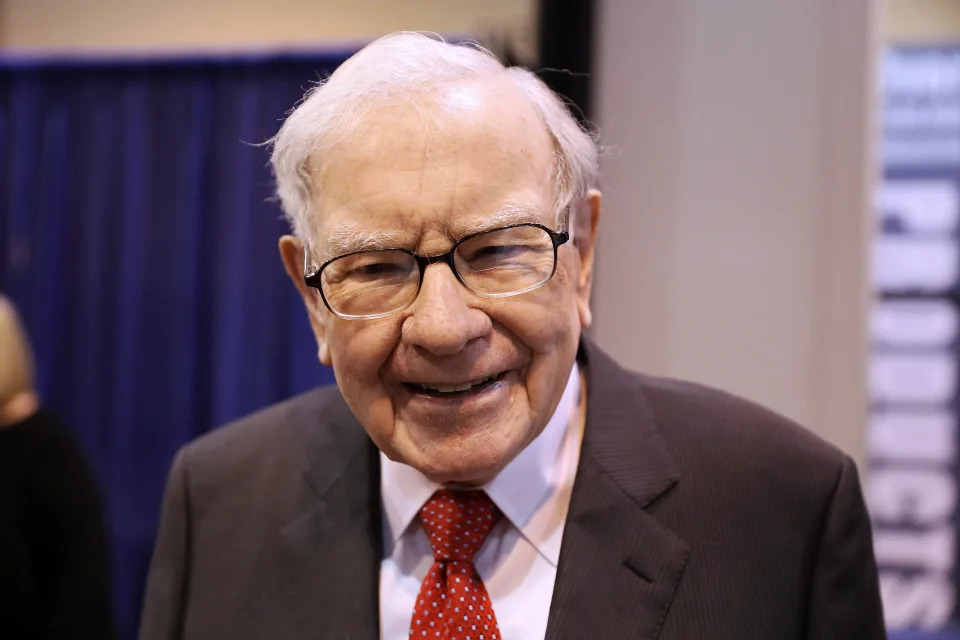 Here’s how U.S. stock futures traded ahead of the open Thursday:

Here’s where markets were trading ahead of the overnight session on Wednesday: 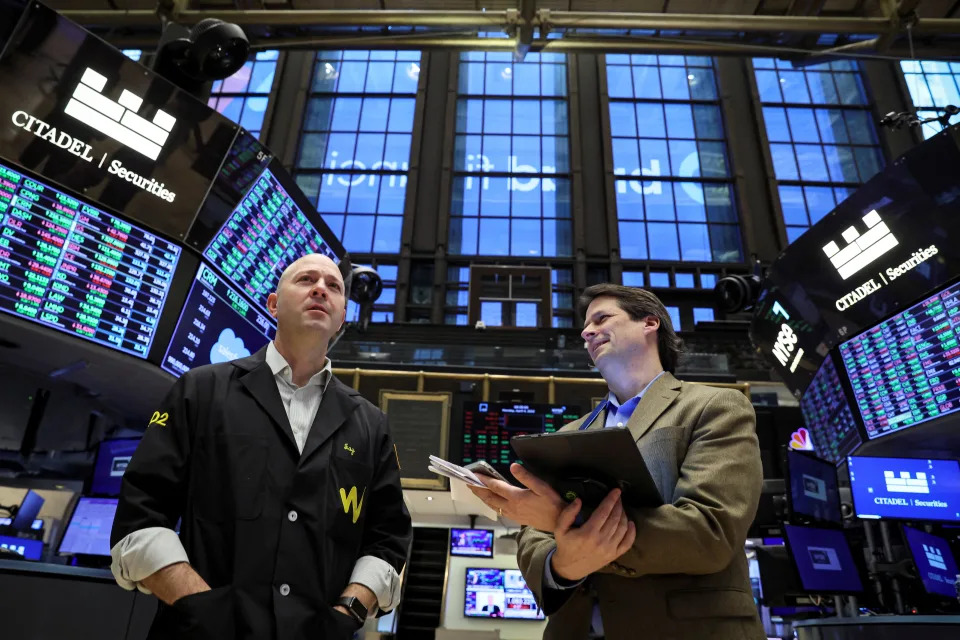