Stocks were higher early Wednesday with the Nasdaq gaining more than 1% and the price of oil down more than 4% on the final full trading day of the week for U.S. investors.

U.S. markets will be closed for Thanksgiving, and markets are open for just a half day on Black Friday.

The move higher in stocks comes amid a busy day for economic data, with reads on the labor market, housing market, and manufacturing sector all coming out early Wednesday.

The latest data on weekly jobless claims showed 240,000 new filings for unemployment insurance were made last week, the most since mid-August. Economists expected initial claims to total 225,000 for the week ending November 19.

Durable goods orders for October were also released early Wednesday, showing orders rose 1% last month against expectations for a 0.4% increase, according to data from Bloomberg.

Consumer sentiment data from the University of Michigan showed consumers remain downbeat about their prospects, with the index falling 5% from October to a reading of 56.8, down from 59.9. "Along with the ongoing impact of inflation, consumer attitudes have also been weighed down by rising borrowing costs, declining asset values, and weakening labor market expectations," said Joanne Hsu, direct of the survey of consumers.

On the housing front, new home sales unexpectedly increased in October, rising 7.5% to an annualized rate of 632,000, much faster than the 570,000 annualized rate expected by economists.

The minutes from the Fed's latest policy meeting are also set for release on Wednesday afternoon to round out a busy economic calendar.

Traders are looking to build on recent momentum for the U.S. stock market, with the S&P 500 closing above 4,000 on Tuesday for the first time in two months while the Dow closed at a three-month high.

Over the last month, the Dow is up nearly 10%, while the S&P 500 is up more than 6.5%. The tech-heavy Nasdaq continues to lag, rising less than 3% over that period as higher rates and the collapse of crypto markets weigh on the broader tech industry.

Still, recent market action has some strategists growing more bullish toward the year's end, even as high-profile teams at Morgan Stanley and Goldman Sachs issued more cautious outlooks for the stock market this week.

"The market is like a coiled spring," BMO Capital Markets' chief investment strategist Brian Belski told Yahoo Finance Live on Tuesday. "I think the market is going to continue to...climb higher. I do really think that there's a good shot that we're going to be well above 4,000 [on the S&P 500] at year-end."

Belski has a year-end price target of 4,300 on the S&P 500, which implies the index could gain another 8% or so through the end of this year.

Elsewhere in markets early Wednesday, the price of oil remained under pressure, with WTI futures trading down more than 4% to below $78 per barrel, putting crude within a few dollars of 2022 lows amid conflicting reports on Saudi Arabian output this week and news the U.S. is closing in on announcing a price cap on Russian oil exports.

In crypto markets, the fallout from the collapse of FTX continues to reverberate through the industry, though the price of bitcoin was up a few percentage points early Wednesday to trade near $16,500.

On Tuesday, Digital Currency Group, the parent company of troubled exchange Genesis Global, became the latest major crypto player to come out and reassure investors that a bankruptcy filing was not imminent.

In a memo to DCG employees, CEO Barry Silbert said the decision to halt redemptions and new activity on Genesis last week resulted from a "liquidity and duration mismatch in the Genesis loan book."

Silbert disclosed there were intercompany loans made between DCG and Genesis, but argued these loans were made "in the same vein as hundreds of crypto investment firms."

On the earnings side, results this morning from Deere & Co. (DE) sent shares higher by about 4% with the agricultural giant reporting profits that topped expectations. 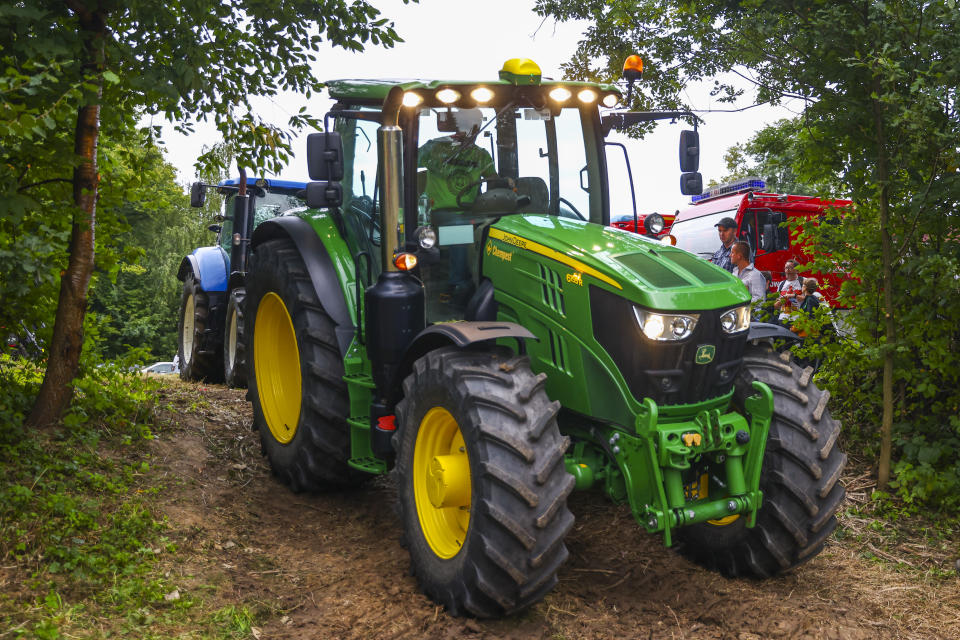 HP shares were down about 0.5% early Wednesday after the company announced plans to reduce its workforce by up to 12%, or by 6,000 jobs, by the end of its fiscal 2025 in response to a slowdown in the PC market.

Nordstrom shares dropped as much as 8% early Wednesday after reporting a sales decline in its most recent quarter and forecasting lower profits for the full year.

Autodesk shares were down more than 9% after the company cut its outlook for billings and cash flow this year, citing "less demand for multi-year, up-front and more demand for annual contracts than we expected."