Tesla’s official website in China has opened a reservation page for the Roadster, with interested consumers required to pay a deposit of RMB 332,000 ($52,120).

Tesla (NASDAQ: TSLA) has reopened reservations for the Roadster in China, after it stopped taking pre-orders late last year.

The Tesla China website has opened a pre-order page for the sports car, and interested consumers will need to pay a deposit of RMB 332,000 ($52,120). 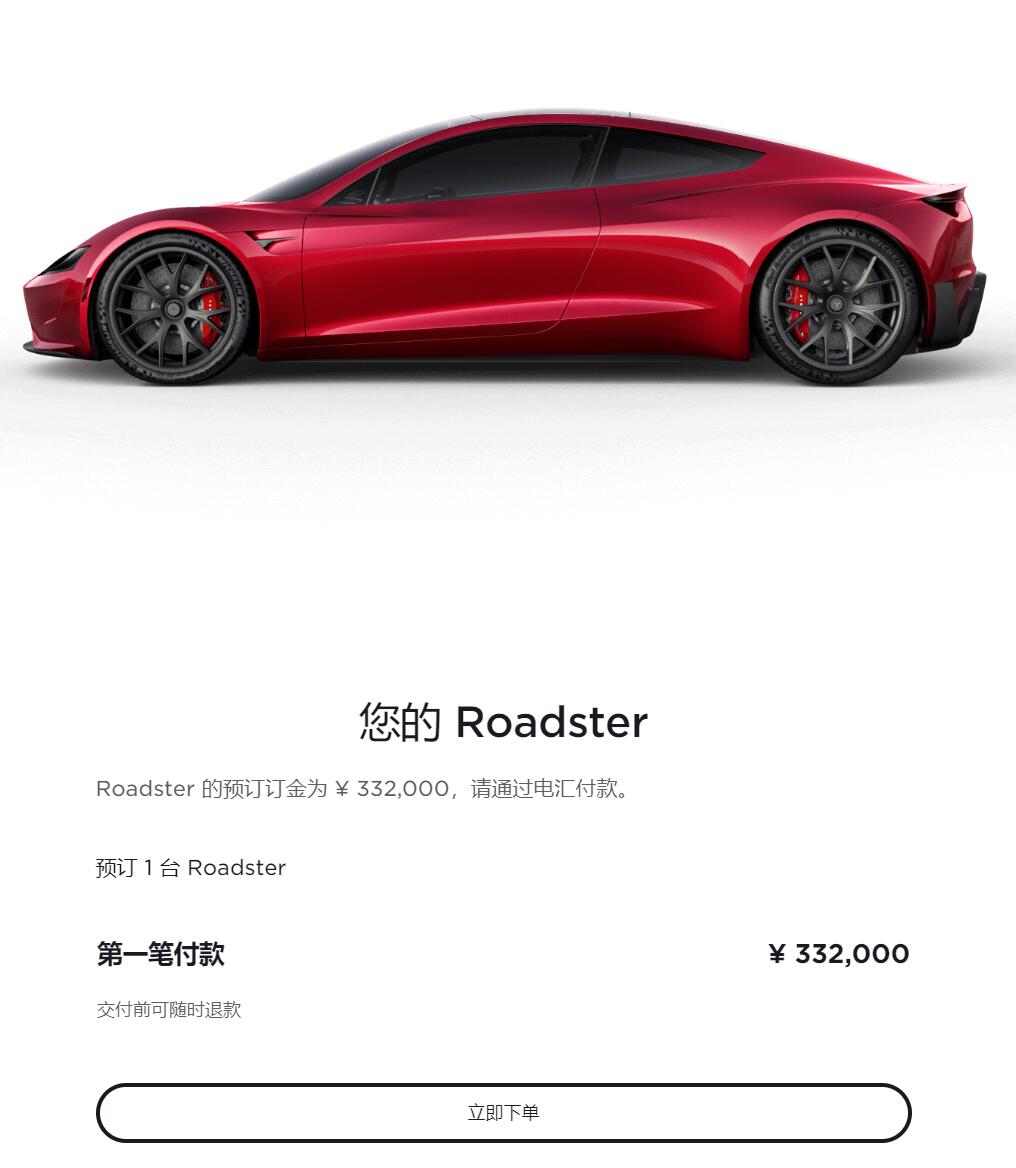 Join Us On Telegram

This comes in tandem with Tesla’s move in the US, where the Roadster has also been re-opened for pre-orders with a $50,000 deposit.

Neither Tesla’s Chinese nor US websites show pricing for the Roadster, which was previously $250,000 for the Founders Series.

The sports car will be equipped with a 200-kWh battery and has a range of 1000km.

Last December, Tesla removed pricing information for the Roadster from its website and stopped accepting reservations for the Founders Series model.

Tesla has said it will only offer 1,000 Founders Series versions, with mass production expected to begin in 2023. Consumers are currently able to pre-order only the regular version.

Tesla originally unveiled the Roadster in 2017, and its CEO Elon Musk said at the time that it would be available in 2020, but it has actually been delayed to date.

Another highly anticipated Tesla model in the Chinese market is the Model S Plaid.

Tesla unveiled the Model S Plaid in the US in September 2020, powered by three electric motors that can accelerate from zero to 60 mph in 1.99 seconds, which Musk called the fastest production car ever built.

In early June 2021, Tesla began deliveries of the model in the US and removed the more powerful Plaid + model.

In late November last year, Musk tweeted in response to @JayinShanghai, a Twitter user who closely follows the company, that the Model S Plaid could be coming to China around March 2022.

But that too seems to have been delayed, as so far Tesla has not officially announced when the Model S Plaid will be delivered in China.

Support Us On “Buy Me a Coffee”

06/28/2022 15:21 Tesla workers are returning to office only to find there aren’t enough desks or parking spots for them